EXPERT CONSULTING – AT NO COST TO YOU

With so many franchise opportunities available in the United States, identifying the right business for you can be a daunting proposition. I can help. I spent the last 25 years as an Entrepreneur in industries ranging from health & fitness to printer cartridge remanufacturing. I am considered a turnaround expert and established this reputation after buying several failing businesses and turning them into highly profitable companies within a very short period of time.

There are many aspects to consider when choosing a franchise. Let my expert consultation help you navigate through the process and guide you to the best possible match – at no cost to you.

I’d love to share my insights on the franchise opportunities available throughout the US and offer my free consulting services. Call today and take the first step toward owning your new business! 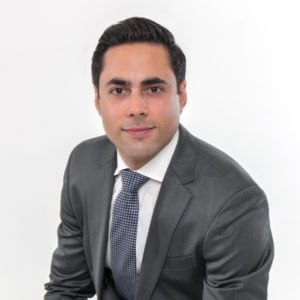 After conducting a simple internet search on franchise opportunities, it’s easy to see why so many people never take the leap and miss out on achieving their personal and professional goals. Sifting through over 3000 brands can be an extremely daunting task and the best decision that any future franchise owner can make is to begin utilizing the knowledge and expertise of a franchise consultant.

“If you want to go somewhere, it is best to find someone who has already been there.” – Robert Kiyosaki

Justin decided at an early age that he wanted to be a business owner and since graduating from St. Johns University and entering the world of franchising, he has experienced all aspects of the industry including multi-unit ownership, master franchising, and executive-level management. It’s this diverse background that qualifies him to assist prospective franchise owners and future entrepreneurs in making one of the most important and exciting decisions of their lives.

Justin’s career in franchising started when he purchased three struggling fitness franchises while living in NY where he grew up. Through improved sales and marketing tactics, making key organizational changes and implementing operational efficiencies, all three locations reached top 5 status in the network before being successfully sold.

Justin’s next stop was at a nationwide property restoration franchise (300+ locations) where he got to learn the franchisor end of the business by working his way up to Vice President of Franchise Development. It was his time in this role where he obtained a deep understanding of the franchise discovery process, with responsibilities ranging from being the architect of Franchise Disclosure Documents to assisting prospective owners in obtaining proper financing. In 2015, Justin took his franchise development experience with him and purchased a Maid Right master franchise which he still owns in South Florida.

“We all have what it takes to become successful entrepreneurs. Sometimes all we need is a little guidance to help us navigate our way down the path to success. This is what franchising is all about! I have had a very exciting journey over the past 10 years in franchising and I have been fortunate to have met amazing mentors who were willing to share their knowledge to help me grow in both life and business. This is my time to give back and to share what I have learned with the next generation of aspiring entrepreneurs. I’m looking forward to helping you get started on your journey to success in franchising!” 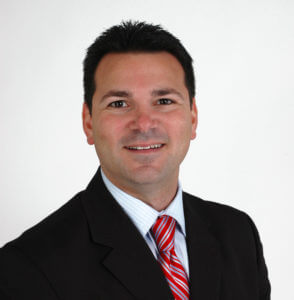 Early in his career, he was an investment banker with one of the largest financial institutions in the world, Morgan Stanley. He left his Wall Street job in 2003 to acquire a Master Franchise opportunity for the entire state of NY and CT. Once he entered the world of franchising, he never left. Cliff has been involved in every aspect of the franchisor / franchisee relationship. He has owned several franchises including Cartridge World, Personal Training Institute, PuroClean, Maid Right and several non-franchise companies. In addition, he has developed the following brands domestically and internationally, Four Seasons Sunrooms, Contours Express and Games2U.

His passion is mentoring franchise owners and working with individuals to understand if franchise ownership is the right step for them. Cliff brings a wealth of experience to the table. Today, Cliff uses his 25 years of experience in franchising, finance and business to help people realize their dream of independent business ownership. Cliff Lives in Boca Raton, FL with his wife Nicole and their son Chase. In his spare time, he enjoys boating, snow skiing, travelling and trying to golf. 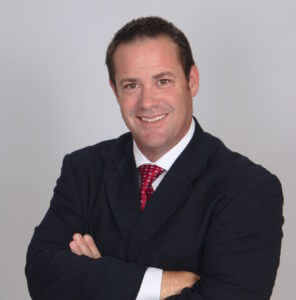 No matter the reason you are looking into Franchise opportunities, you will ultimately have questions that you would appreciate, straight forward, honest, and factual, answers to. As a Certified Franchise Consultant, it is my job to understand my client’s goals and objectives and provide as much quality information and franchise knowledge that I can, so they can make the best decision possible for themselves and their families. I take this very seriously, because I remember investigating business opportunities and I know what questions need to be asked and answered. I have owned and operated many businesses over the last 30 years, from simple retail concepts to B2B service concepts and now I enjoy helping people achieve their goals and dreams through franchise ownership. We can help in all aspects of the process, from funding options for your business, to helping with site selection, and landlord negotiations. Leverage my knowledge to increase your chances for success.

I have been married for 10 years now to my wife Michelle, who is a school nurse here in our area. I have a 9-year-old daughter named Sarah, and a rescue dog named “Morey”. We relocated from Chicago about 5 years ago, so we can enjoy the beautiful weather and our families here in south Florida. 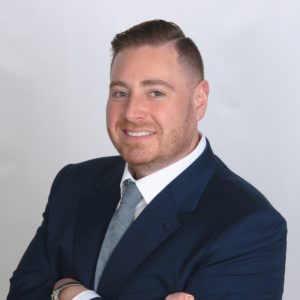 Paul began his career as an entrepreneur in 2005 when he decided he wanted to be self- employed and ventured out to purchase his first franchise at the age of 25 years old. During this time, he honed his managerial skills while being a hands-on owner and operator of his first location. In 2009 he branched out and became a multiunit owner when he purchased his second franchise. Within a year of purchasing the 2nd location, he once again expanded and purchased his 3rd. In the midst of running the initial 3 locations, the opportunity arose for Paul to purchase a 3 pack and own a total of 6 locations collectively. With the proven financial success Paul realized in following the Franchise model, he did not shy away from this challenge. His hard work and skills brought new capital into all 6 of the businesses, and Paul soon became known in Franchising as a Turn Around Specialist.

Paul’s accomplishments in operating 6 profitable locations caught the attention of the
Franchisor, and in 2011 the Franchisor called upon Paul to become a Franchise Development
Agent. Paul was able to take a step back from the day to day, hands-on operations, and
became more of an absentee owner when he began consulting and guiding new franchise
owners while they established their new locations on behalf of the franchisor. It was at this
point in his career that Paul realized his new-found passion and skill for helping others build
their businesses and acquire wealth. After working as the Franchise Development Agent for the
Franchisor for some time, Paul then decided it was time to take the next step and no longer
develop for the Franchisor directly, but rather for himself as an Area Developer. Paul
purchased the rights to develop a territory in the New England region assisting would be
business owners.

In 2017, Having worn many hats in franchising, Paul realized his successes as a single unit
owner, multi-unit owner, Franchise Development Agent, and Area Developer. He decided to
pay it forward by guiding others with the same entrepreneurial spirit towards the franchise that
is aligned with their investment ideals and lifestyle aspirations. As a full time, franchise
consultant for Franocity, Paul still owns 2 fitness facilities in New York where he resides on Long
Island. As an animal lover Paul has cats and dogs and works with Long Island Bulldog Rescue
(LIBR). The things that Paul finds most fascinating tend to be artistic and creative, with a love
for music and live performances.

“To each there comes in their lifetime a special moment when they are figuratively tapped on the shoulder and offered the chance to do a very special thing, unique to them, and fitted to their talents. What a tragedy if that moment finds them unprepared for that which could have been their finest hour” 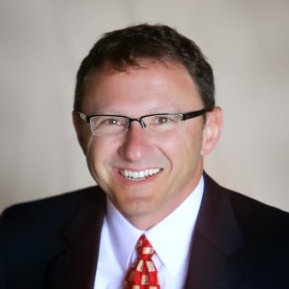 After receiving his bachelors degree from Bowling Green State University, Emilio began his professional career in mortgage banking. Over the following 26 years, Emilio launched and scaled organizations and national platforms for both private and publicly traded companies. As a member of the executive team at NovaStar Mortgage, Inc., he was responsible for launching the sales and operations unit for a national platform generating $5 billion in annual sales. The financial crisis of 2008 was the catalyst for Emilio’s exposure to the world of franchising, when he co-founded PuroClean Professional Services, a national disaster recovery business that specializes in both residential and commercial property restoration. In 2014 his franchise business was acquired by a 3rd party investment group. Emilio now uses the experience he gained over the years to help entrepreneurs achieve their dream of becoming successful business owners.

During his free time, Emilio enjoys playing golf, tennis, and staying active in the local community of Lakewood Ranch, FL where he resides with his wife, Wendy. They have 3 children, Alexis, Brandon, and Olivia. 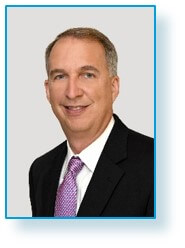 After graduating Lee University with degrees in both Business Administration and Accounting, Bill has been an entrepreneur his entire career. He has owned multiple businesses including a single and multi-family contracting company, a rental property management firm, multiple e-commerce sites and two different franchises. But for the past two decades, Bill has had a singular focus: Connecting prospective entrepreneurs with top quality franchise organizations. And, having been in franchising for more than 20 years, he understands the traits that help make a successful franchisee.

Bill’s initial venture into franchising involved opening one of the first units of an emerging brand in the fitness industry. After quickly growing his first unit to the largest in the network, he branched out and opened multiple locations across Central Florida. Bill then secured the rights to the Southeast United States and became an Area Developer for the brand. He was the inaugural recipient of the Area Developer of the Year award and was elected to the Franchise Advisory Board. After a few years, Bill was invited to the corporate office to serve as President of the franchise company. Before leaving Florida, he sold all his fitness centers, as well as the tanning franchises that he had opened. As company president, he oversaw tremendous growth in the United States, as well as expansion into 27 countries.

As a Certified Franchise Executive (CFE), a Certified Franchise Consultant (CFC), a multi-unit owner of two different franchise brands, an area developer and a corporate franchise executive, Bill is uniquely qualified to guide prospective franchisees through their discovery process and he has a special passion for helping foreign investors purchase a franchise in the US using the E2 Visa process. During his time in this industry, Bill has overseen the awarding of nearly 1,000 franchise locations. If it has happened in franchising, he has most likely seen it. He welcomes the opportunity to assist first-time or veteran franchise owners in their quest for business ownership.

“You are the master of your destiny. You can influence, direct and control your own environment. You can make your life what you want it to be.” – Napoleon Hill, Think and Grow Rich